Getting Started With Our Early Careers Scheme: The First Interviews 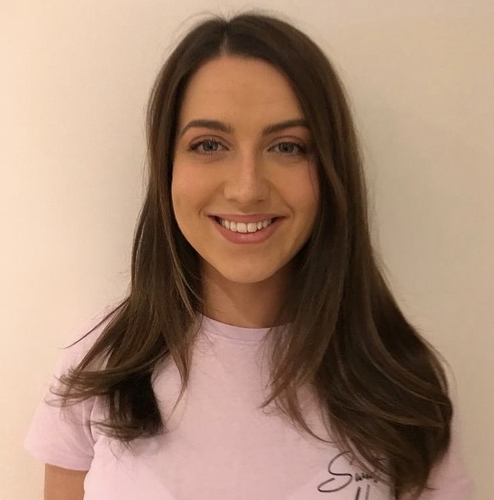 Our approach to hiring

WeDiscover was founded in early 2020 with a belief from the get-go that people are the most important component in creating a world-class Performance Marketing and Technology Agency.

Our ability to be one of the best agencies in the world depends heavily on our ability to hire and train exceptional employees.

Between starting up shop and now we’ve hired fourteen senior hires that (if we must say) are pretty incredible.

However, in 2021 we realised that to continue growing sustainably* we need to get early career starters on board.

*It’s important to note here, that we don’t value rapid growth over everything else. We favour a sustainable growth model that holds in balance winning new business with companies who will make great long-term partners, alongside keeping our team members motivated with new challenges, without overloading them.

When hiring, we aim to recruit a diverse group of new starters and deliver a best-in-class, continuous training programme that will equip them to become future WeDiscover leaders.

From this our Early Careers Scheme was born, with our first cohort of new starts joining us in September. So, how did we get here?

The initial interview process for the early careers scheme

Being mindful of our ambition to hire diverse and talented people, we knew 2 things before starting to create our interview process:

From these core ideas, the first iteration of our interview process was established, in the stages outlined below.

From the outset we aimed to ensure the below, as a reflection of our company values.

Evolution of the interview process

Early into the first round of interviews, we found some candidates had applied for roles without a clear understanding of what WeDiscover does, or what a career in Paid Search might look like.

These candidates were more likely  to elect to drop out through the process than those who had done more background research, as they learned more about it and decided it wasn’t for them.

This sadly meant wasted time for both the candidates and the interviewers and we realised the interview process required adaptation at stage 0: the screening questions. This was important for both parties, and would ensure that candidates progressing to a call stage were those most serious about WeDiscover and the particular job they were applying for.

We wanted our interview process to be enjoyable. This meant not forcing candidates through a lengthy, hoop jumping application process before their first call. This also had to be balanced however with ensuring candidates still had a realistic idea of what they could expect from the process, and a job at WeDiscover, early on.

We therefore reworded our screening questions, making them more specific to paid search, knowing that it would require applicants to do a little more initial research in the field at this first stage. We hypothesised that this would lead to a reduced number of candidates progressing to the next stage - a first call interview - for the following reasons:

Stages 1 and 2 from the process were 2 rounds of interviews. After conducting several of these, it became apparent that candidates were broadly very consistent in their performance throughout both interviews. That is to say, if a candidate progressed from stage 1 to stage 2, they were unlikely to be dropped from the process between stage 2 and stage 3 (the final stage).

This led to an iteration in the process to consolidate the 2 rounds of interviews. It allowed us to shorten an otherwise lengthy process and was an important step given our desire to be respectful and efficient with both the interviewees and interviewer’s time.

Providing candidates with feedback had always been built into our process and we were very happy with the response from doing so. Both candidates who progressed through our process and those who didn’t were grateful for the detailed and personalised responses given.

What we had not anticipated but were pleasantly surprised by ourselves, was how forthcoming candidates were in providing us with feedback as well.

One our our new joiners who’ll be starting with us in September as a Junior Paid Search Executive, commented:

"WeDiscover... made what would usually be a daunting process an enjoyable experience full of insightful information and personal growth."

As a fast-growing, young company, this has been invaluable. It’s given us confidence in the processes we’ve built so far, and our rationale for them, whilst also helping us shape how the process evolves going forward.

We’re so excited about what we’ve already built and the journey from where we started to our current process. We’re even more excited about the fresh ideas that our new hires are going to bring to the process when they join us, and how we continue to develop this.

If a career at WeDiscover sounds like something you’d enjoy, we’d love to hear from you! Please reach out to us via our contact page.